So, recently I was adding lights support to the martian-droid-colony-building project I’ve been working on for a while. I used CPU-based clustered shading, storing the lights & clusters data in buffer textures, and managed to support about 4K lights at 60 FPS on my machine. (I’m not using compute shaders and SSBO’s because I’m stuck with OpenGL 3.3 so that even prehistoric microwaves can run my game; I’ll probably add support for those through OpenGL extensions later.) Here’s a twitter thread with some intermediate results, and here are some final screenshots: 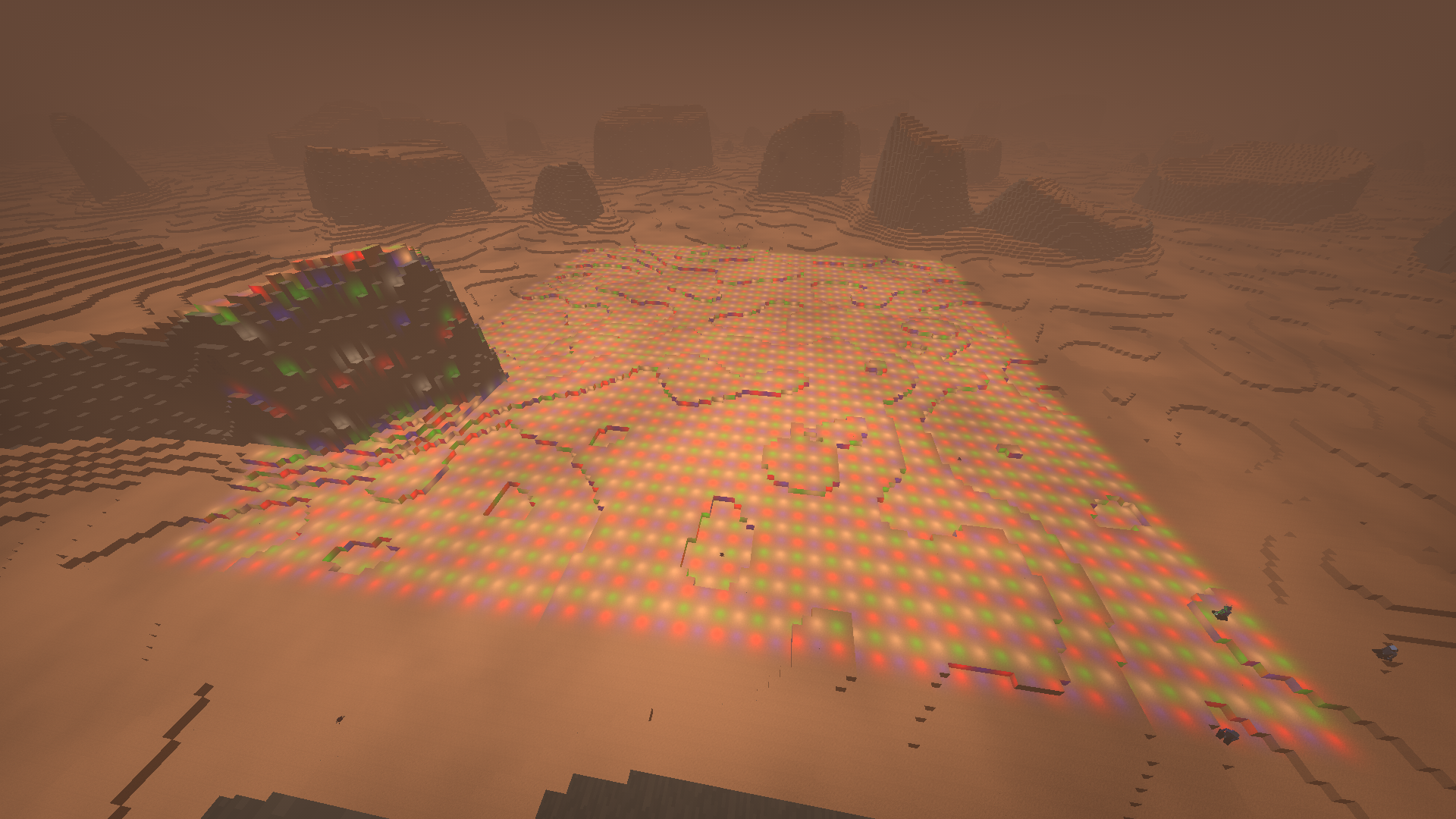 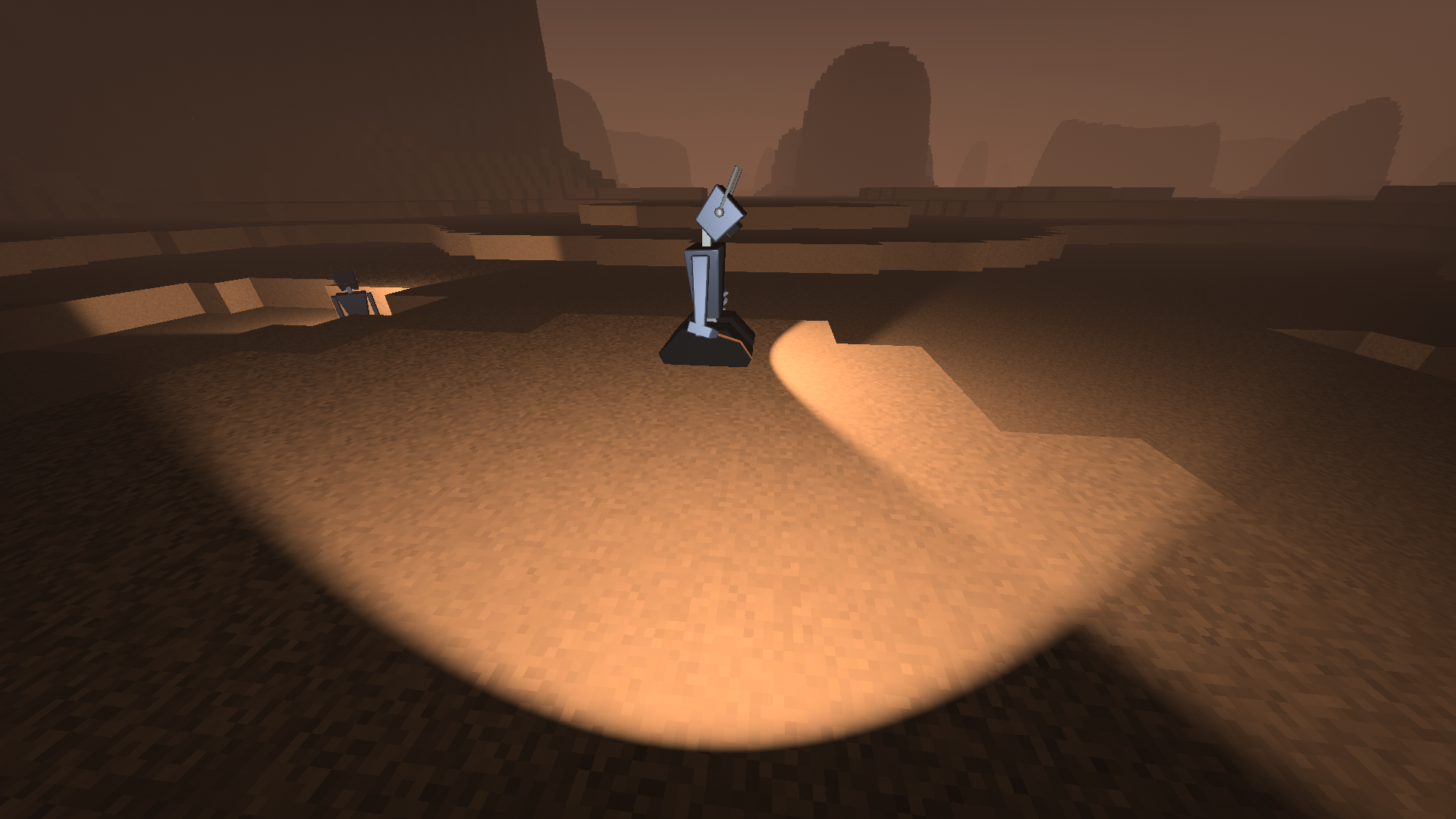 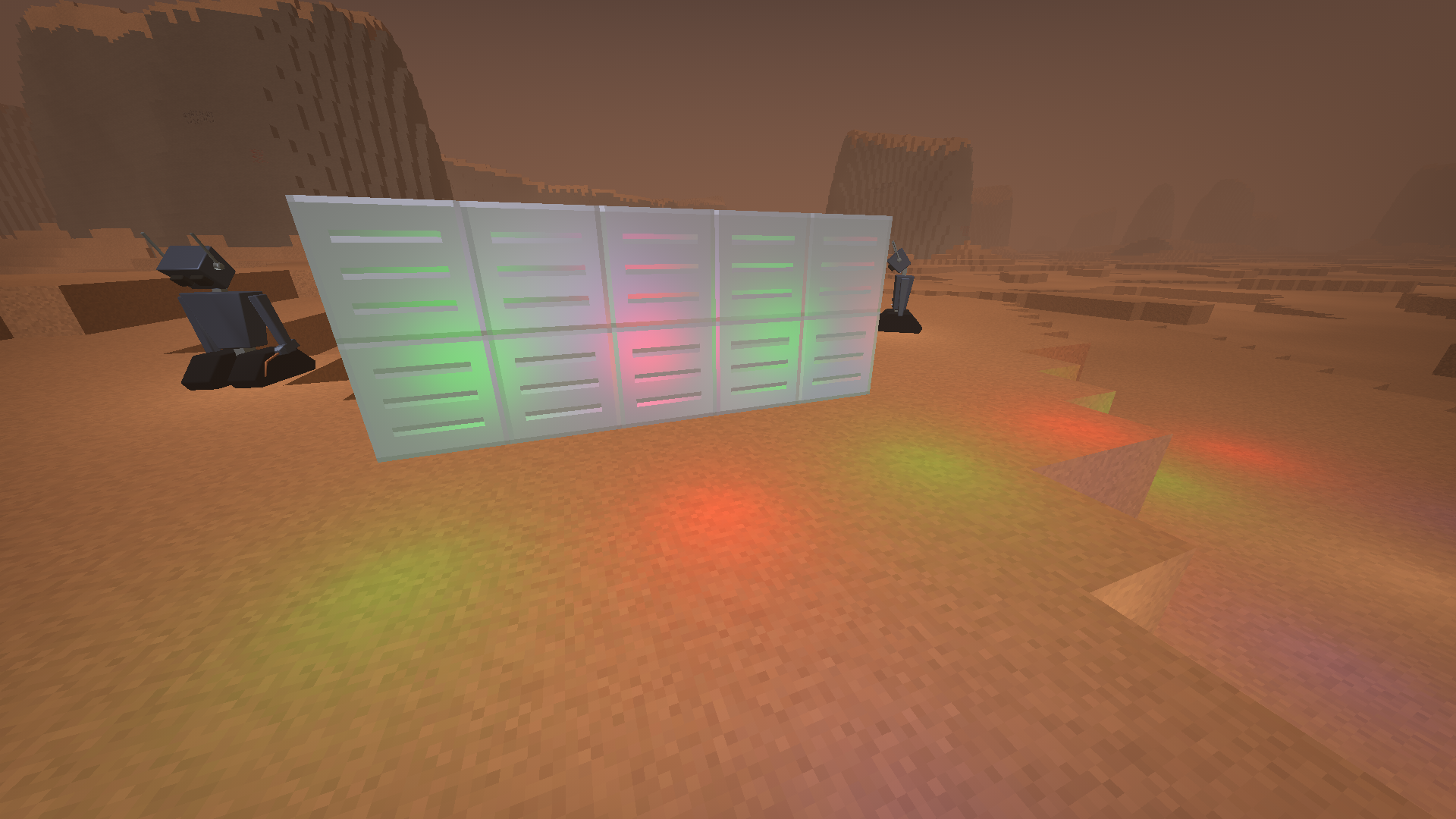 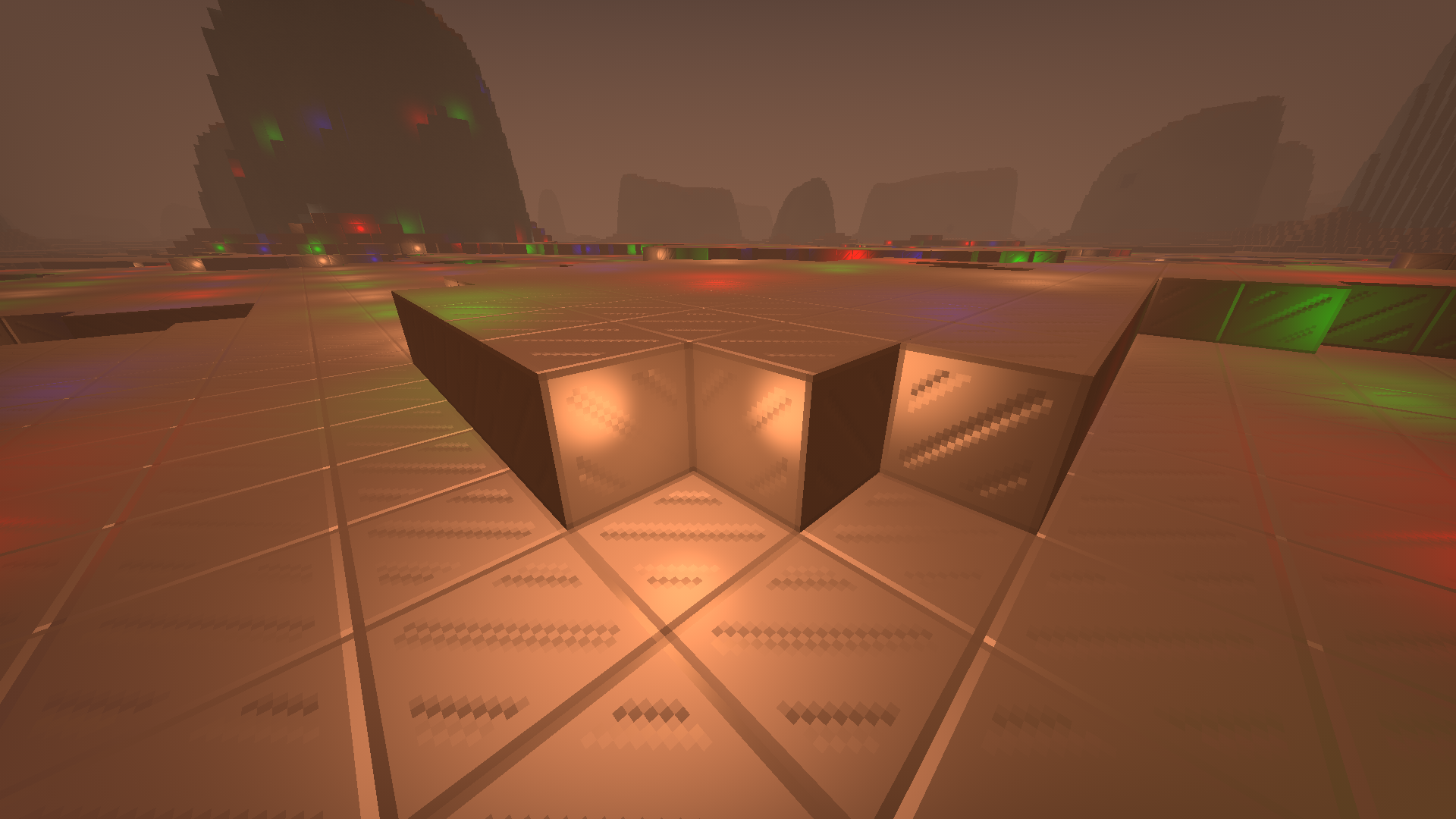 For light clustering to work, I need to clip the light’s area of influence by a certain distance. The physically correct point light attenuation function (how much light some point in scene receives) is

where A is the light’s amplitude (intensity) and d is the distance from the light to an illuminated point. However, this function introduces a singularity at d = 0, meaning that points too close to the light will receive unbounded amounts of lighting. This is an artefact of the point light abstraction: real lights are not points, they are physical objects of nonzero size. We don’t want to throw away this nice abstraction, though, so we add a fake term that removes this singularity:

This has the added benefit that A is now the maximal light intensity (achieved at d = 0). This function (red) isn’t physically correct at small values of d, but is close to the correct one (blue) for large distances: 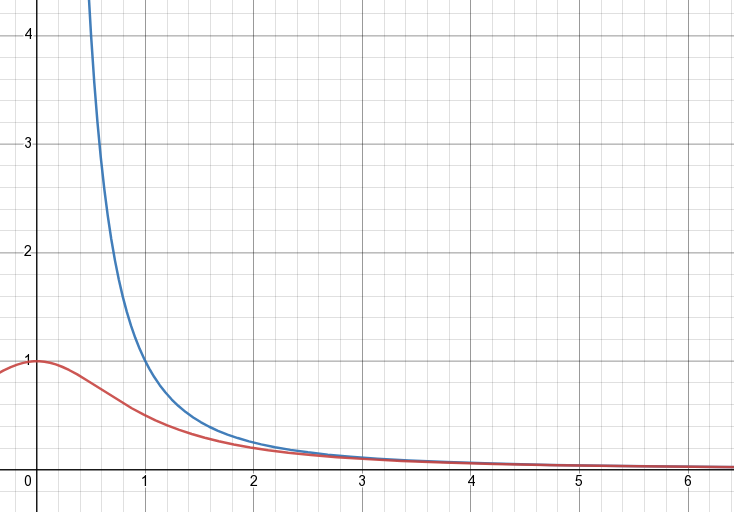 However, this attenuation formula doesn’t let us control the fallof, i.e. how fast does the intensity decrease with distance. This won’t be physically correct either, but it allows for a greater artistic flexibility. So, introduce another parameter R:

R is precisely the distance where the light intensity is half the maximal intensity. Larger values of R make the light attenuate (decrease in intensity) slower, increasing the effective light’s area of influence. Here, the green function has R = 1 and the purple one has R = 3:

Finally, we can add another parameter Q, for which I don’t have an intuitive explanation, but it allows us to control the shape of attenuation more precisely:

Small values of Q introduce a cusp at d = 0, producing a faster fallof and a slightly different shape for the attenuation function (the blue one has Q = 1):

Use can play with all this functions here.

This type of function is usually presented in APIs/engines in a slightly different, arguably cleaner form (but with less intuitive parameters):

I.e. light attenuation is the inverse of a quadratic function of distance. See e.g. here or the docs for OpenGL 1.0 lighting model.

There are other popular attenuation functions: some introduce a sharp cutoff near d = 0, some replace the point light with a spherical area light, etc. What I don’t like about all these options is that no formula gives a good way of constraining the light’s influence to a certain radius: all these formulas are non-zero for arbirtarily large distances!

So, I set off to find a different formula that

What I came up with looks incredibly simple:

is the normalized distance, and F allows you to control how fast it decays. It allows to separately control the maximum intensity A and the maximum radius R. You can play with this formula here. It is also fast to compute, since it doesn’t use square roots, exponents, and other stuff, just a bit of arithmetic. Here’s how it looks like for A = 2, R = 5, F = 1 (red) and F = 4 (blue):

, while for larger values it gradually goes to zero and is exactly zero at distance R. Note that it doesn’t have a sharp cusp at d = 0, which can be for an artistic reason of wanting the attenuation to behave roughly like a spherical area light source near the light. For a version with cusp (which I’m actually using), you can simply remove the square in the denominator:

For the sake of completeness, here’s a GLSL implementation. Note that we need to check for d < R, otherwise we’d get wrong lightness values at larger distances.

That’s it! Hope you’ll find it usefull and thanks for reading.